I was going through some of my accounts online recently and came across an old WordPress blog that I set up way back in early 2015.

There was a particularly funny repost I made on that blog, an online meme about a fictional group of men and women trying to figure out the “gender” of the computer in the Spanish language. I thought I would share it here again. Read on and enjoy!

A teacher was explaining to their class that in Spanish, unlike English, nouns are designated as either masculine or feminine.

“Pencil,” however, is masculine: “el lapiz.”

A student asked, “What gender is ‘computer’?”

Instead of giving the answer, the teacher split the class into two groups, male and female, and asked them to decide for themselves whether “computer” should be a masculine or a feminine noun.

Each group was asked to give four reasons for its recommendation.

The men’s group decided that “computer” should definitely be of the feminine gender (“la computadora”), because:
1. No one but their creator understands their internal logic.
2. The native language they use to communicate with other computers is incomprehensible to everyone else.
3. Even the smallest mistakes are stored in long term memory for possible later retrieval.
4. As soon as you make a commitment to one, you find yourself spending half your paycheck on accessories for it.

The women’s group, however, concluded that computers should be masculine (“el computador”), because:
1. In order to do anything with them, you have to turn them on.
2. They have a lot of data but still can’t think for themselves.
3. They are supposed to help you solve problems, but half the time they ARE the problem.
4. As soon as you commit to one, you realize that if you had waited a little longer, you could have gotten a better model.

Posted By: Shirley · In: Trends

This site uses Akismet to reduce spam. Learn how your comment data is processed.

Shirley Parabia is an award-winning athlete and author. She is the Les Mills Tribe Coach for Oman, a CrossFit Trainer, and brand ambassador for SquatWolf Gym Wear. She works as a fitness & martial arts coach, finance advisor, and procurement specialist. In her downtime, she writes fiction, runs websites, cooks passionately, and enjoys afternoon tea. She lives in Muscat with her family.

Girl on the Web is Shirley Parabia's blog on web resources and trends for fellow girl geeks. Online since 28 May 2021, with visits. Donations and sponsorships are welcome. 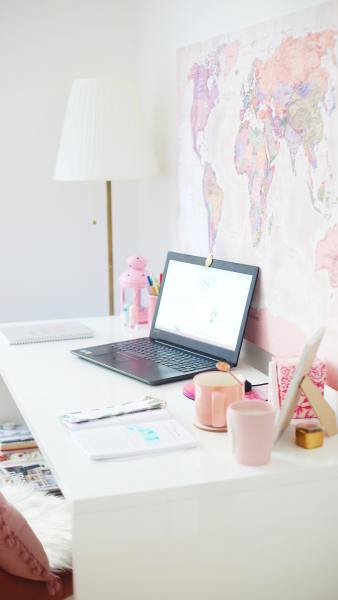 Affiliate links are used in some posts, from which a commission may be received. Reviews are based on the author's experience. AdSense banners appear throughout this site. Owner takes no responsibility for their content.